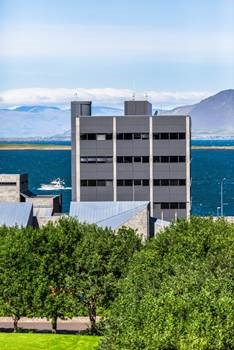 The Central Bank of Iceland conducted a survey of market agents’ expectations over the period from 10 through 12 of August. A total of 29 agents in the bond market, including banks, pension funds, mutual and investment funds, securities brokers, and licensed asset management firms were invited to participate. Responses were received from 25 market participants, giving a response ratio of 86%.

The survey results indicate that market agents expect inflation to be above the Central Bank’s inflation target through this year which represents an increase from the May survey. They expect inflation to approach the target again in H1/2021, however. According to the median response in this survey, participants expect inflation to measure just under 3% in Q3/2020, 2.9% in Q4, and 2.75% in Q1/2021. Expectations one, two, five, and ten years ahead were unchanged since the last survey, however, at 2.5%. Market agents’ long-term inflation expectations have therefore been at target for a year. The survey indicates that respondents expect the króna to appreciate slightly in the coming term, with the EURISK exchange rate measuring 160 in one year’s time.

Respondents were also asked what long-term real interest rate they considered appropriate to align output with long-term potential output and keep inflation at target. The median response was 1%, and the standard deviation was 0.73 percentage points. For comparison, when the same question was asked in the May 2019 and August 2014 surveys, the median responses were 1.25% and 3%, respectively.