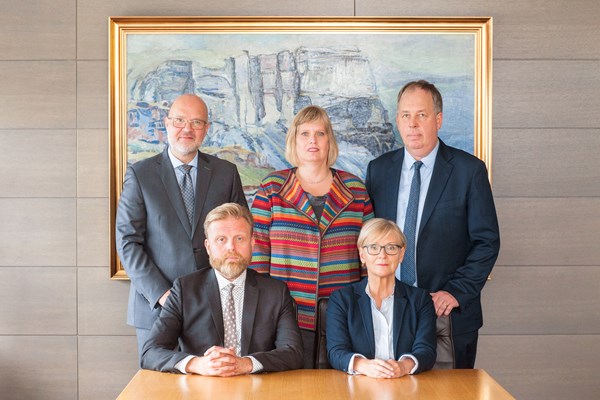 The Monetary Policy Committee (MPC) of the Central Bank of Iceland has decided to lower the Bank’s interest rates by 0.25 percentage points. The Bank’s key interest rate – the rate on seven-day term deposits – will therefore be 3%.

According to the Bank’s new macroeconomic forecast, published in the November Monetary Bulletin, the GDP growth outlook for H2/2019 has deteriorated relative to the August forecast. In H1, however, GDP growth exceeded the forecast, and a contraction of 0.2% is therefore expected for the year as a whole, as was projected in August. The outlook for 2020 has also deteriorated, with GDP growth now forecast at 1.6%.

Inflation has been at or above 3% since the spring but eased to 2.8% in October. Underlying inflation has been more persistent, however. Headline inflation is expected to subside faster than was forecast in August and align with the target towards the end of this year. Inflation expectations have continued to fall and are at target by most measures. The monetary stance has therefore tightened slightly between MPC meetings.

The Bank’s interest rates have been cut by 1.5 percentage points since the spring, and the impact of this has yet to come fully to the fore. Lower interest rates have supported demand, and based on the Bank’s forecast, the current interest rate level should suffice to ensure medium-term price stability and full capacity utilisation. The forthcoming fiscal easing will pull in the same direction. The economic outlook could be overly optimistic, however, particularly in view of global economic uncertainty.