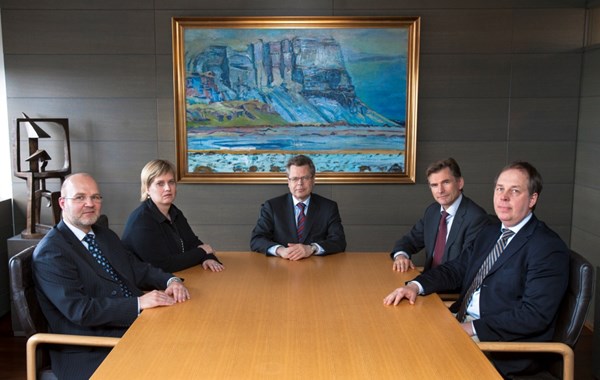 According to the Bank’s newly published forecast, GDP growth will measure about 4½% this year and will average just under 4% per year over the forecast horizon, which is more than was forecast in February. A positive output gap will develop this year and peak in 2016. The recovery of the labour market has gained momentum in the recent term. Given substantial wage demands currently being put forward, it could be concluded that excess demand has already developed in the labour market, or at least that the labour market slack has narrowed more rapidly than is consistent with price stability.

Inflation is still low and has been slightly negative if housing costs are excluded. Low global inflation and a stable króna have contained inflation and offset the effects of considerable domestic wage increases. The inflation outlook has deteriorated, however, since the Bank’s last forecast. The likelihood of a favourable interaction between low imported inflation and modest wage settlements appears negligible at present, as inflation expectations have risen since the last forecast, after having subsided to target at the beginning of the year. According to the Bank’s baseline forecast, inflation will already have risen above the target by the beginning of 2016 and is more likely to overshoot the forecast than to fall below it. Developments taking place in wage negotiations since the forecast was prepared have further exacerbated this risk.

The Bank’s interest rate reduction late in 2014 was based on a sharp drop in inflation and the decline in inflation expectations, which led to a larger rise in real rates than was considered warranted at that time by economic conditions and the near-term outlook. At that time, however, the Committee pointed out that large pay increases and strong growth in demand could undermine the recently achieved price stability and require that interest rates be raised again. Recent developments in wage negotiations, in conjunction with the increase in inflation expectations and indications of strong growth in demand, suggest that these conditions are now materialising; therefore, it is likely that it will be necessary to raise interest rates at the MPC’s next meeting, which will take place in June.

The interest rates of the Central Bank according to this will be: