The first meeting of the newly established Systemic Risk Committee was held yesterday. The role of the Committee, which works for the Financial Stability Council, is to make recommendations to the Council. The Committee is tasked with assessing the current situation and outlook for the financial system, systemic risk, and financial stability in Iceland. It is required to meet at least four times a year, as is provided for in the Act on the Financial Stability Council, no. 66/2014, dated 28 May 2014.

The Systemic Risk Committee comprises five members: the Governor of the Central Bank, who chairs the Committee; the Director General of the Financial Supervisory Authority, who is Deputy Chairman; the Deputy Governor of the Central Bank; the Deputy Director General of the Financial Supervisory Authority; and an expert in financial markets or economics appointed by the Minister. The Permanent Secretary of the Ministry or an appointed Ministry official also participates in Committee meetings as a non-voting member with the right to address the meeting and present proposals.

The first meeting of the Committee was held at the Central Bank of Iceland yesterday, 2 October 2014. The photograph above, which includes Committee members and other attendees, was taken at that time. 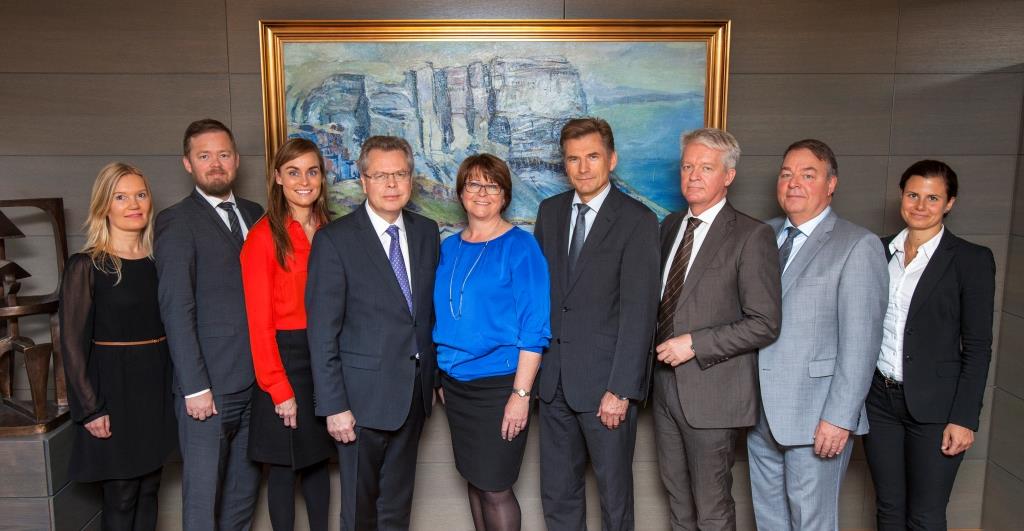 Further information can be obtained from Már Guðmundsson, Governor of the Central Bank and Chairman of the Systemic Risk Committee, at tel: +354 569-9600.